After the European Super Pull I think everybody is still in a good mood and talkactive.
So let's all meet in the Pull Chat tonight at 20.00h CET!
Gepostet von Dennis bei Sunday, February 28, 2010 No comments:

Will do some more pics now and then head home!
Gepostet von Sascha bei Sunday, February 28, 2010 No comments:

Black Widow is fixed again and just left the pits. To replace the Pro Stock Pull Off 5 Alkies are doing some "mini competition" now.
I am updating some pictures in the meanwhile. Don't have internet in the press area and am in the pits doing all this.
Gepostet von Sascha bei Saturday, February 27, 2010 No comments:

After pretty much everyone made a Full Pull, the smoke machine broke. They have skipped the Pro Stock Pull Off and the Semis.
Minis now.
Gepostet von Sascha bei Saturday, February 27, 2010 No comments:

Bad news... Black Widow broke something in the rear end. Currently phone calls are made all over the place to get a new ring & pinion and what ever else comes out in pieces...

Another rather light sled setting, but good and close competition in the Pull Off!

After a rather light sled setting and a lot of Full Pulls we got to see a pretty surprising result in the Pull Off. The "non component" machines ruled it: 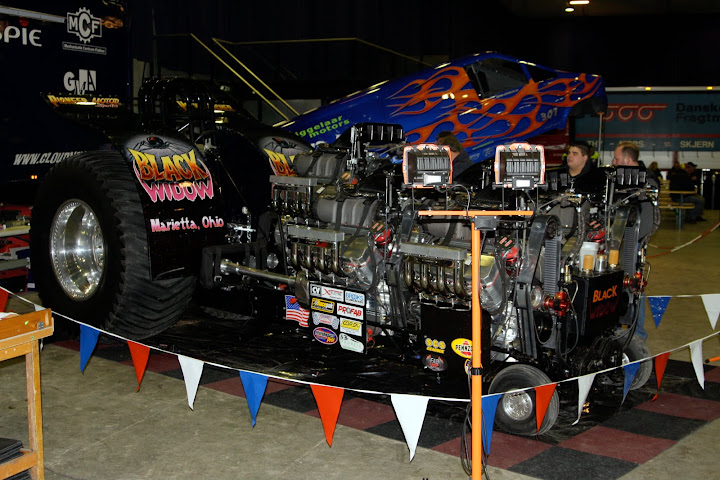 Good morning everybody!
I am sitting in the pits of Ahoy and have set up internet connection. I will keep you updated with pictures and about the things happening as time allows.
Black Widow looks to be in good shape and Archers, the class act they are, are already busy talking to the EU Pullers!
L8er!
Gepostet von Sascha bei Saturday, February 27, 2010 No comments:

Some new pics from the championship down under

On Saturday 27 February 20010, the Ahoy complex in Rotterdam will again host the European Indoor Tractor Pulling Championship. The 32nd Superpull promises to be another spectacular event, combining plenty of horsepower with pure entertainment. In addition to teams from at least seven countries, the competition will include a star attraction from the Unites States.

As was the case in previous years, the 2010 event will be spiced up by a top competitor from America. And not just any competitor, but Black Widow, a 13,000 hp monster which will be piloted by a woman, Kathy Archer. Kathy, who lives in Ohio, is keen to take on the best European teams and show the crowd what she’s made of.

Kathy has tractor pulling in her genes – her parents, Dave and Arlene Archer, competed at the highest level for over 40 years, winning many coveted titles.
Kathy has been involved in tractor pulling for over 8 years, and has seen her fair share of success: she won the Ohio State Puller of the Year award in 2007, and was the Bowling Green Ring Winner in 2009.
In addition to hair-raising competitions, visitors will be treated to a spectacular programme, including fireworks, laser shows, DJs and special demonstration trucks. All seats provide a first-class view of the action. As was the case in previous years, the participating machines will be on display in the adjacent exhibition hall for a close-up inspection. There will also be an entertainment program. 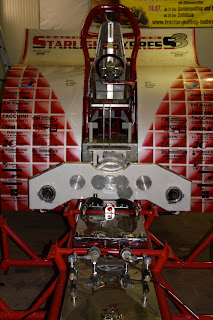 News from the Red Shadow Team

some News from the workshop on www.bremswagen.de !

Warpath and Controlled Chaos in Putten!

We are very pleased to let you know the contracts have been signed with two
American teams to attent the Beach Pull 2010:
Kevin Cambell, with his International V8 super stock The Controlled
Chaos and Carlton Copp with his V8 pro stock tractor War-Path.

Both teams are looking forward to visit Holland and to compete with the
Europeans top tractors at the Total Beach Pull in Putten.

Becaus of heavy spam attacks, Email feeds have to be send to pullingworld.postenglish2(at)blogger.com from now on!
Gepostet von Sascha bei Saturday, February 13, 2010 No comments:

Friday May 21 (Euro Cup, Pro Stock & Super Stock)
Saturday May 22 (2nd round of the swedish championships) 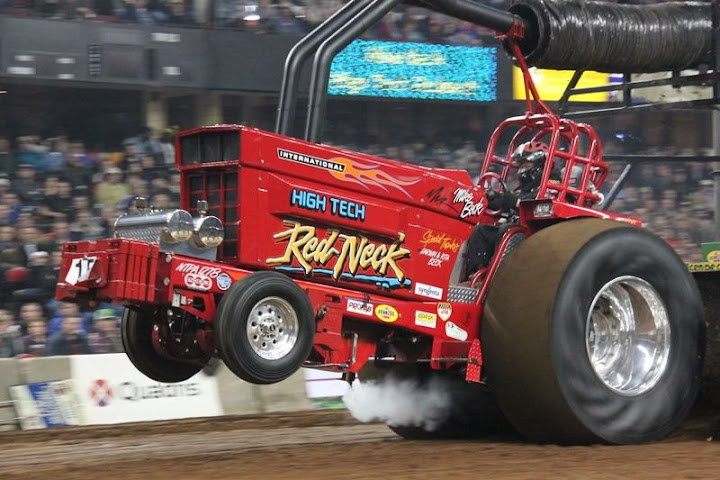 Results of the NFMS can be found here!


the first pictures of the Louisville pit and Luke Keulers testpull are
online. Looking forward to a great pulling weekend here.

It's almost spring time - time to get the new season off. Traditionally the West Coast Nationals in California start the outdoor season with a series of events, open for anyone who wants to make the trip to California!
Check their website for the latest news and a new, high quality promo video!
Gepostet von Sascha bei Monday, February 08, 2010 No comments: 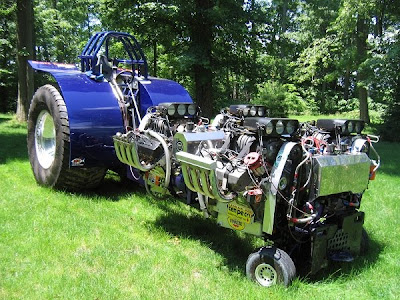 Scott Tedder would like to sell the Mr. Twister. Check the ad in the classifieds!
Gepostet von Sascha bei Monday, February 08, 2010 No comments:

There is some Zvesda V12s and radials for sale on the classifieds page.
Gepostet von Sascha bei Friday, February 05, 2010 No comments: