Pics and news of the new Blower Power 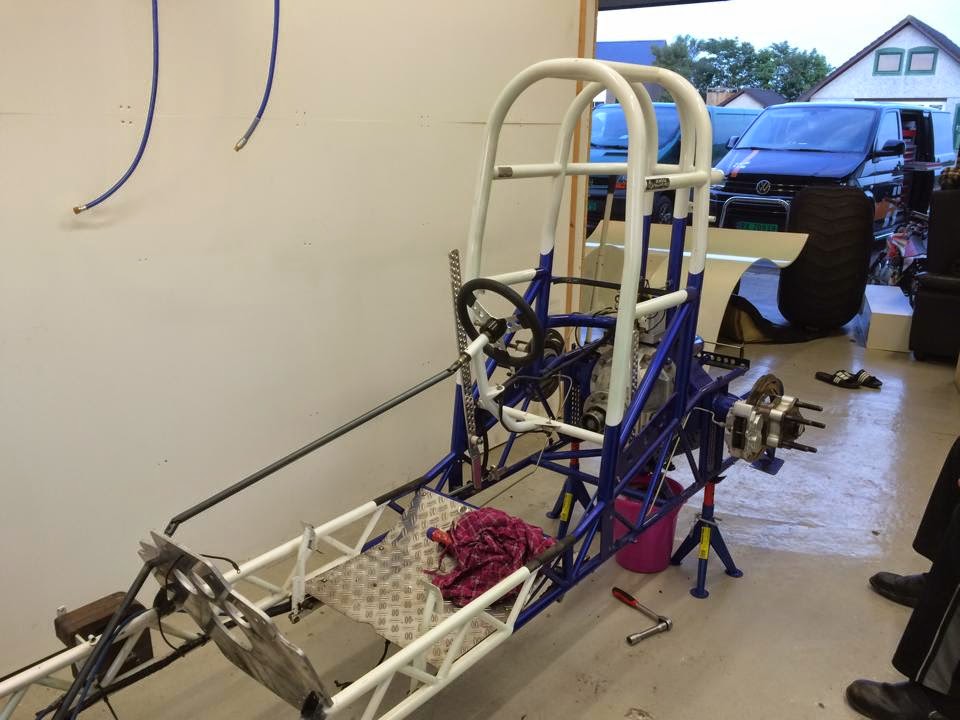 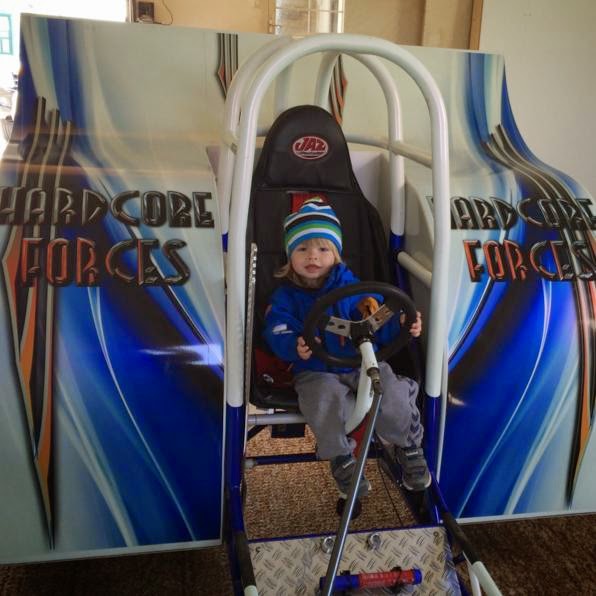 After almost a 10 years absence, the Blower Power mini rod pulling team from Norway, returns with a new mini rod in 2015. The team around Asbjorn Herikstad bought the old tube frame of the Hardcore Forces (Lambada 7) from Torben Häbel in Germany. But, the chassis gets some few modifications and a new paint job, this winter. Also, the fenders gets a new design. The new Blower Power gets a new BAE 557cis V8 Hemi engine with Veney 2.6 bat cylinderheads, a DMPE M5 18-71 blower and a Sassy fuel system. The team will compete in the Norwegian Championship, in the Euro Cup and hopefully at the European Championship next year.
A little bit history of the team. The team had a mini rod called ,,Blower Power´´, from 2001 - 2005. The tractor was powered by a blown KB V8 Hemi enigne. The Team won with this tractor in 2001 and 2002 the European Championship.The mini rod was sold to the danish Wild Toy pulling team, in the end of 2005.