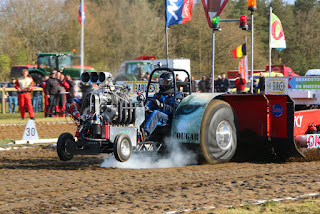 After a lot of work during the last months, the new Cougar mini rod of the Andersson bros. from Hörby in Sweden is ready. The tractor got a homemade SSAB Docol tube frame with a SSAB Docol ROP. The fenders were made from Polycarbonat. The new swedish mini rod is powered by a Chevy V8 engine with a SSI 14-71 blower and a MSD 44 Pro Mag ignition. The Team purchase the SSI blower and the Cepek tyres for their new mini rod by the Lambada Pulling Team in the Netherlands. The Ford rear axle with the IH planetary comes from the old swedish mini rod called ,,Crazy Witch´´. Also, the old rims of the Cepek tyres come from the old Crazy Witch.
The Cougar Pulling Team will compete in the Swedish Championship and in the Euro Cup this year. 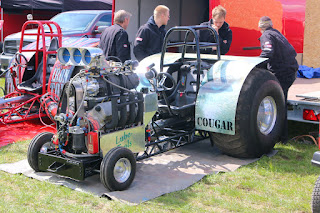 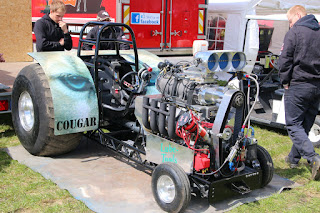 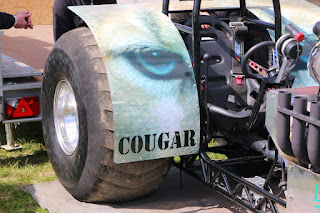