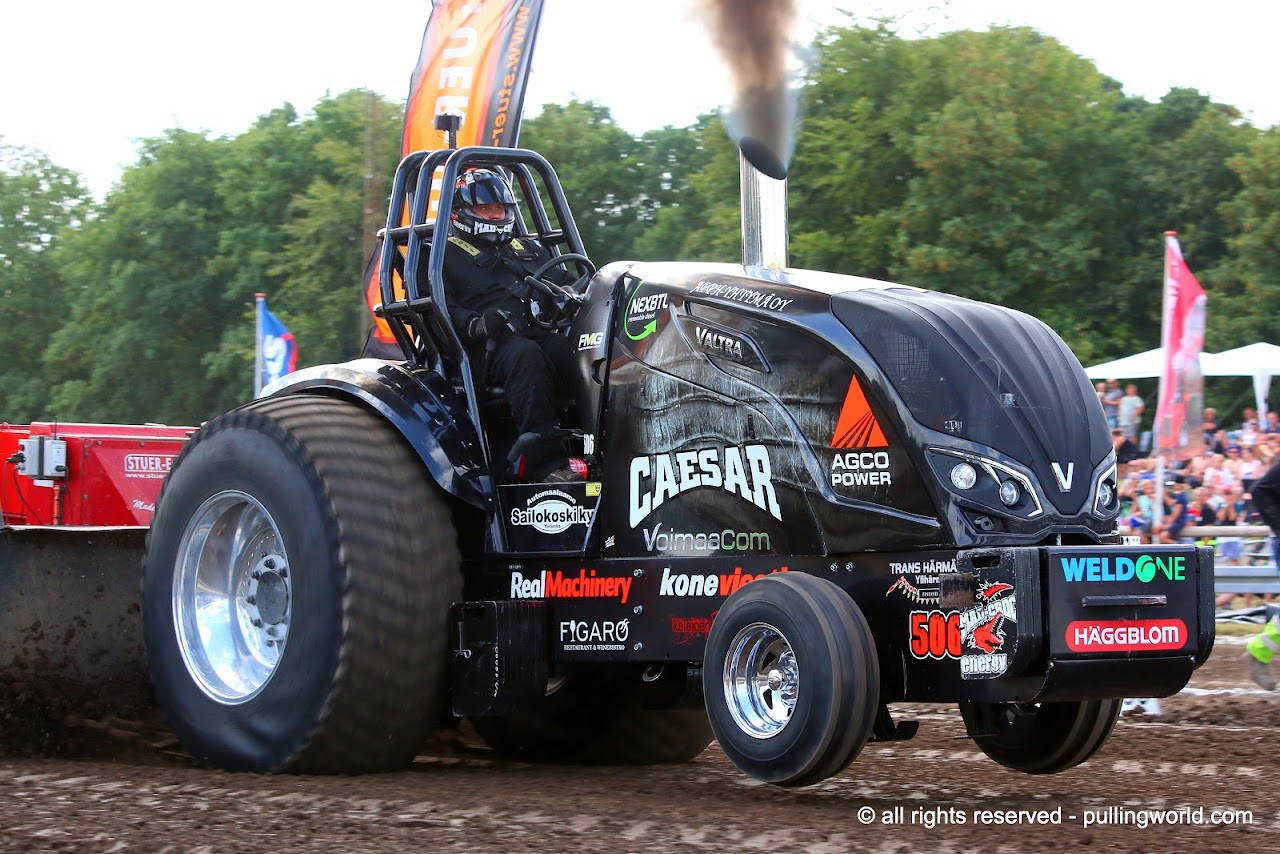 The Finnish 4.5t / 9920lbs farm stock tractor called ''Ceasar'' of the Herlevi Pulling Team from Kalvia was completely sold to Great Britain this year. The Valtra tractor was purchased by Solway Tractor Pulling Team around Ken and Ruth Foster from Low Hesket in Cumbria. The British aren't unknown on the British and European pulling circuits. They are competing for many years successful with an orange Fiat farm stock tractor called ''Orange Factory'' in the 4.5t / 9920lbs class.
When the tractor came to the isle, the Valtra received some little changes. First, the tractor got a new paint job and second a set of new rear tires were raised. The color of the hood and the fenders were changed to orange metallic but the name of the tractor is still the same as he was in Finland. 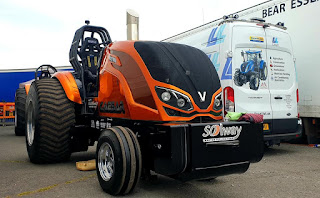 For a better grip on the pulling tracks, the old Firestone 24.5 x 32 All Traction puller tires were replaced by a set of new Firestone 24.5 x 32 Puller 2000 HP tires on used Midwest aluminum rims.
The Solway Tractor Pulling Team made the maiden voyage with their new toy at the Cumbria Power Weekend in Kirkbride at the end of June this year. The maiden run of the Valtra was pretty good and the team was very happy. The team competes with the farm stock tractor currently only in the BTPA British Championship this year, but they also have the plan to compete in the ETPC Euro Challenge for 2020. 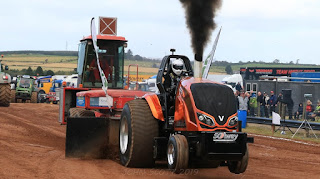 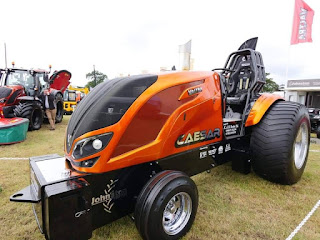