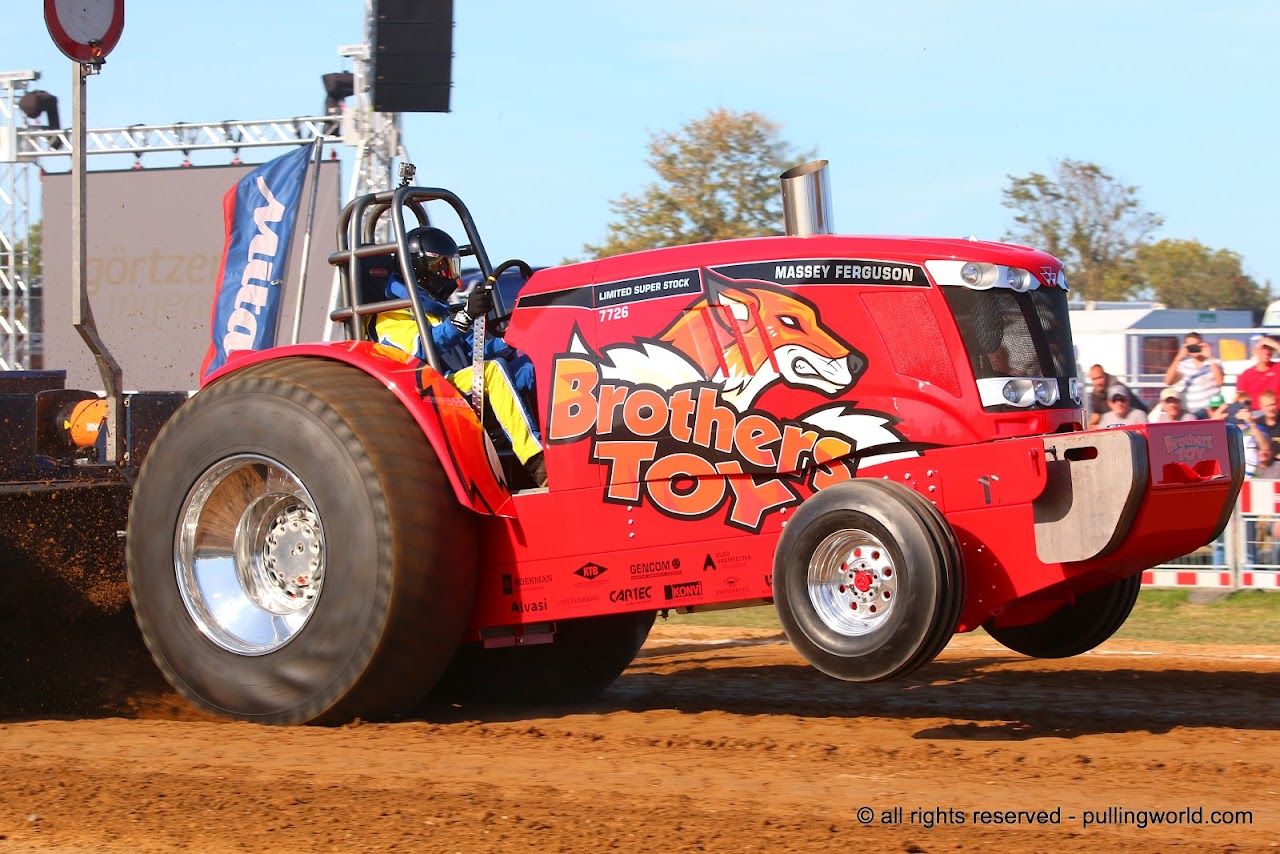 After the first pulls without paint job and design, the new Massey Ferguson 7726 component limited super stock tractor called ''Brothers Toy'' of Bert, Henk and Jacob Vos from Nieuwleusen in the Netherlands received his final look in the middle of the 2019 pulling season. The dutch team revealed the new look of the Massey Ferguson at Europe's biggest tractor pull in Made (Made's Powerweekend), the Netherlands 2019. After the first pull in Zwolle, the new machine was completely dismantled and all the chassis parts, the roll cage, the hood, and the fenders went to the painter. All the parts were painted by the dutch company called ''Straal- en Spuitbedrijf Buitenhuis'' in Ommen. 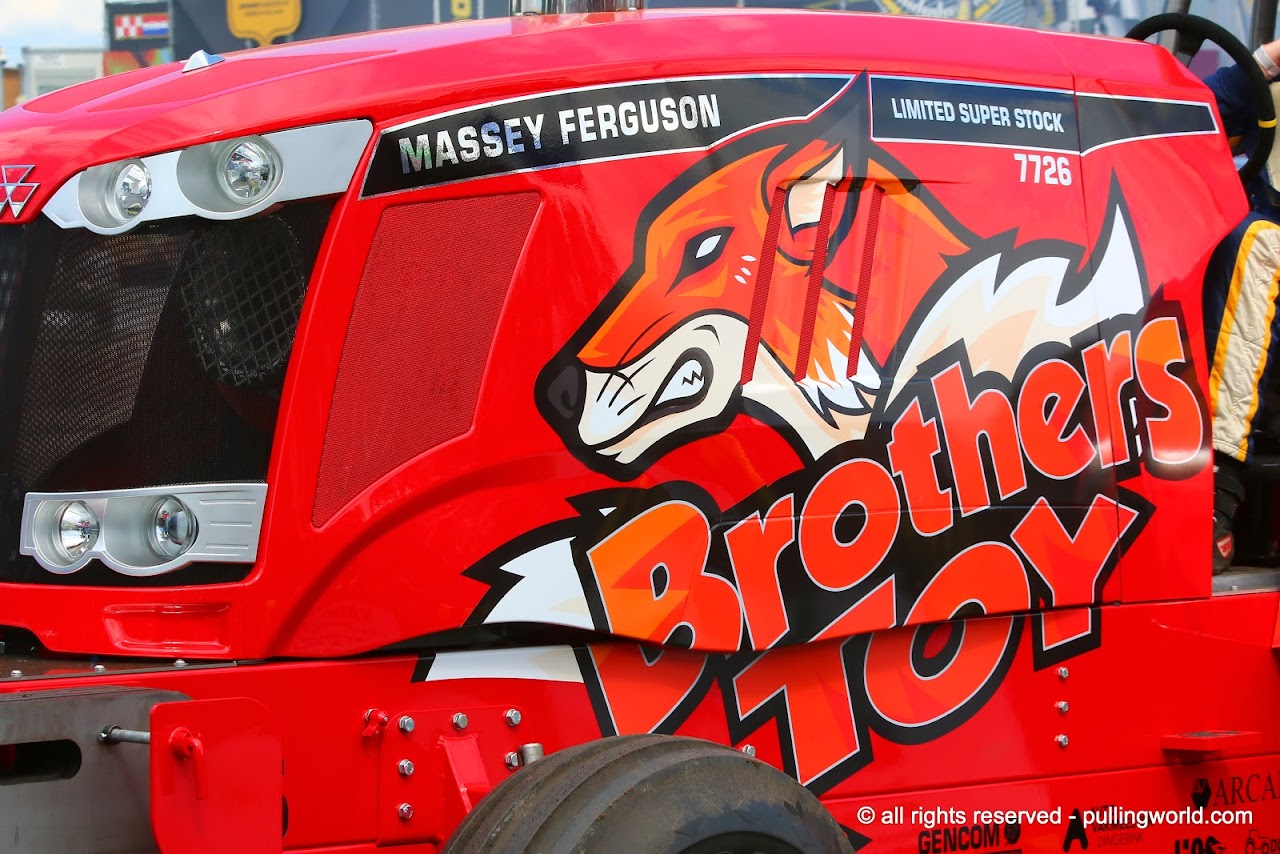 After the tractor was was back on his wheels the new machine received his final design on the hood and the fenders. The new vinyl wrap was done by Alvasi Reclame from Nieuwleusen in the Netherlands.
With the new design and the fox on the hood, the new limited super stock is currently one of the nicest tractors in the whole field of the limited super stock class and is very popular by the fans too.
The first runs in the Dutch Championship weren't so bad for the 3 brothers with the new tractor. But they also had some issues with the new 7l Sisu engine. In Oud Gastel, the engine blew the head gasket out and on the pull in Zele, Belgium they had troubles with the camshaft, which caused huge damage at the engine. 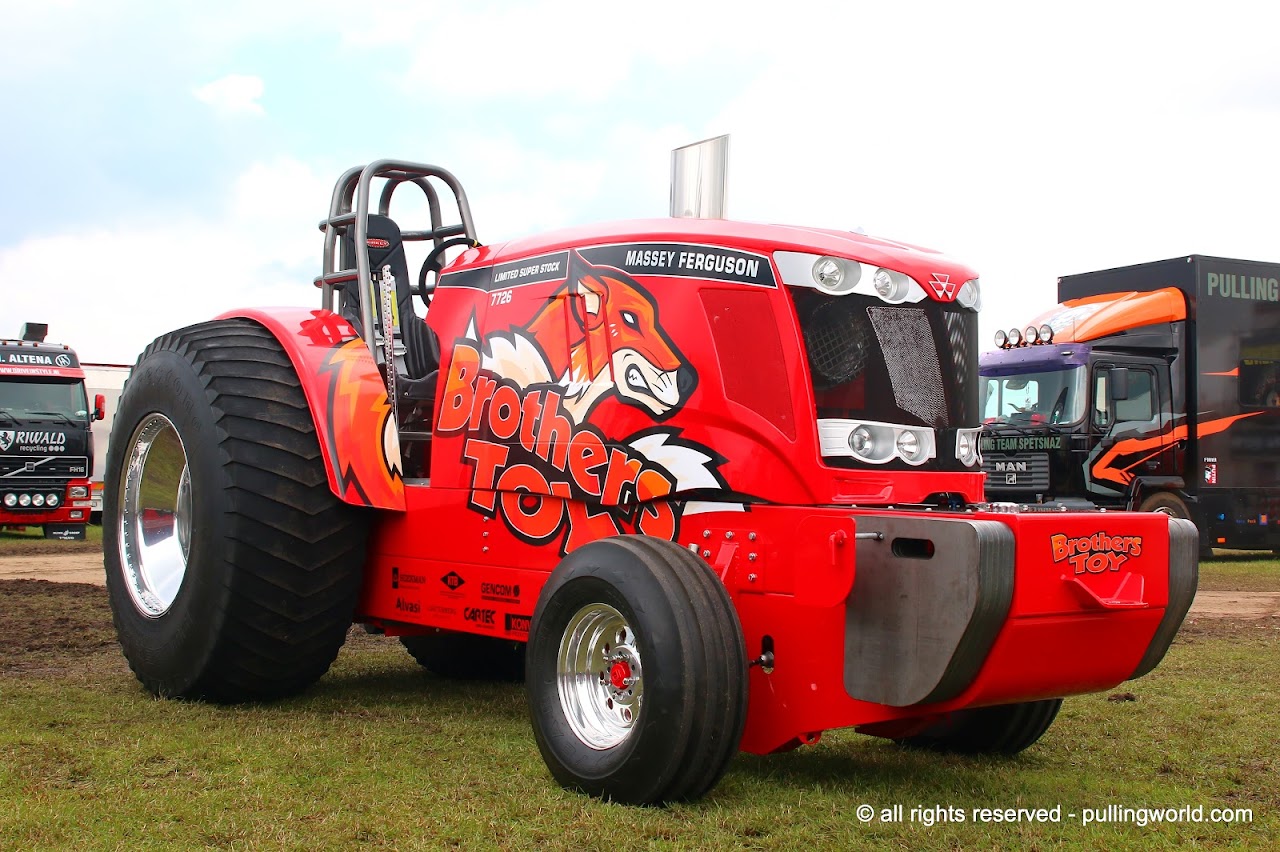 The rest of the MF working pretty fine without any problems. Bert, Henk, and Jacob currently working step by step to sort out all the problems of the Sisu engine. If the new limited super stock is running well without any problems, then it will be a title contender for the Dutch Championship in the future. 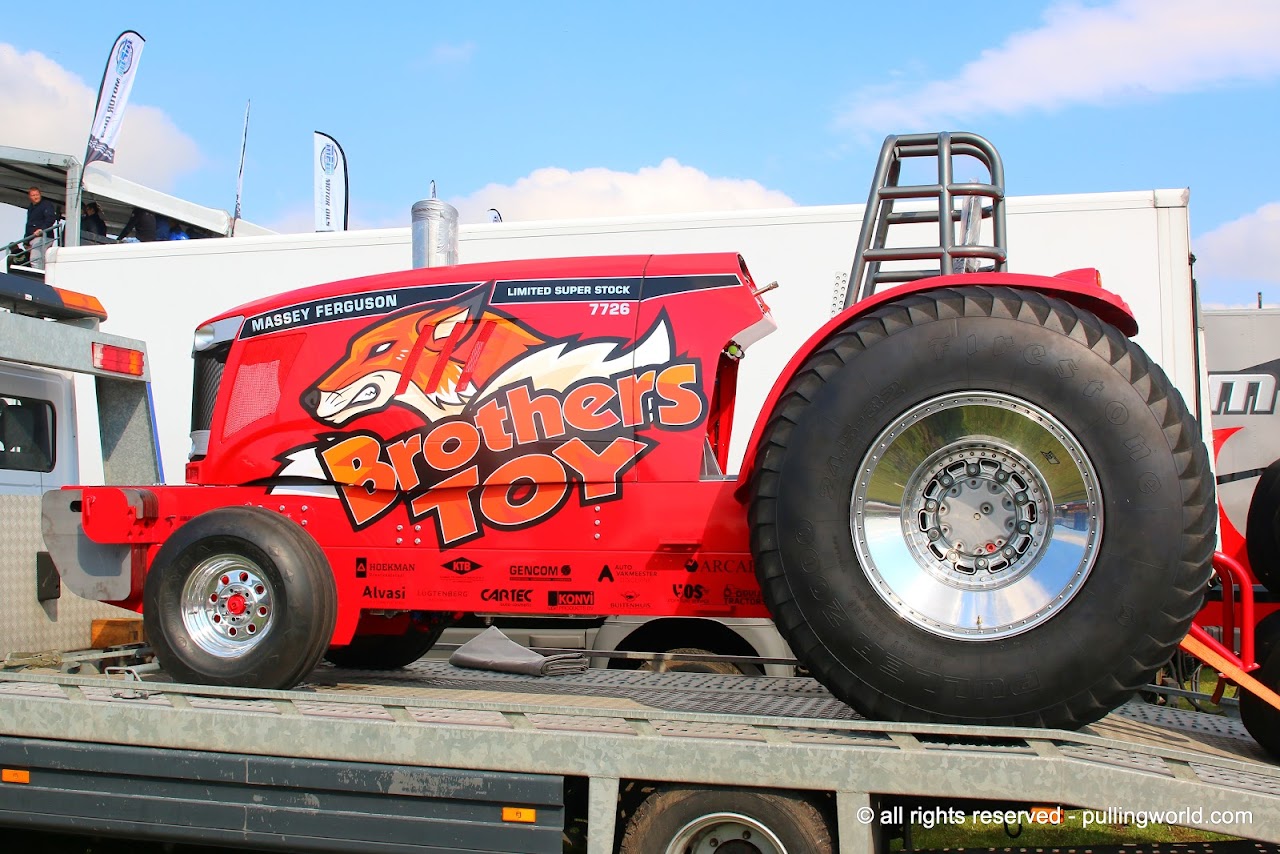 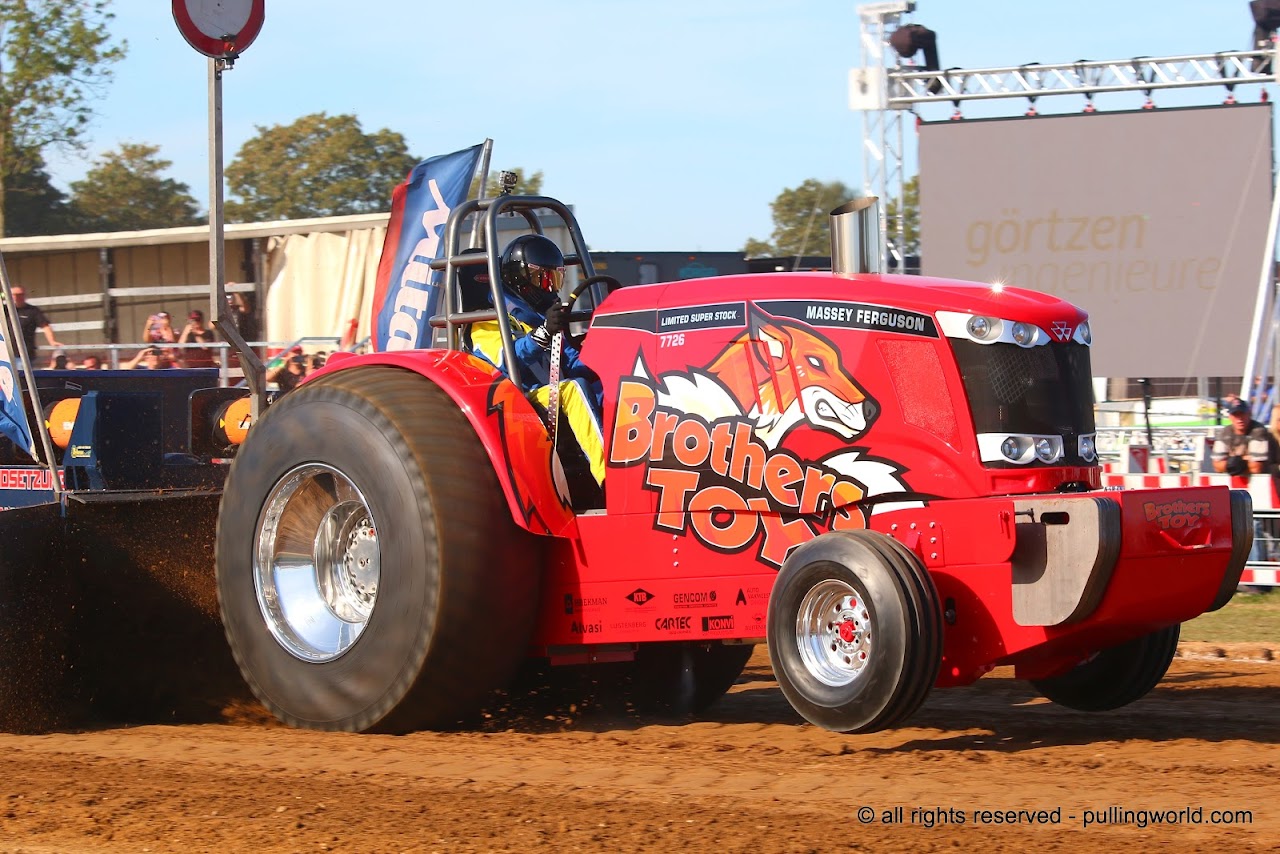 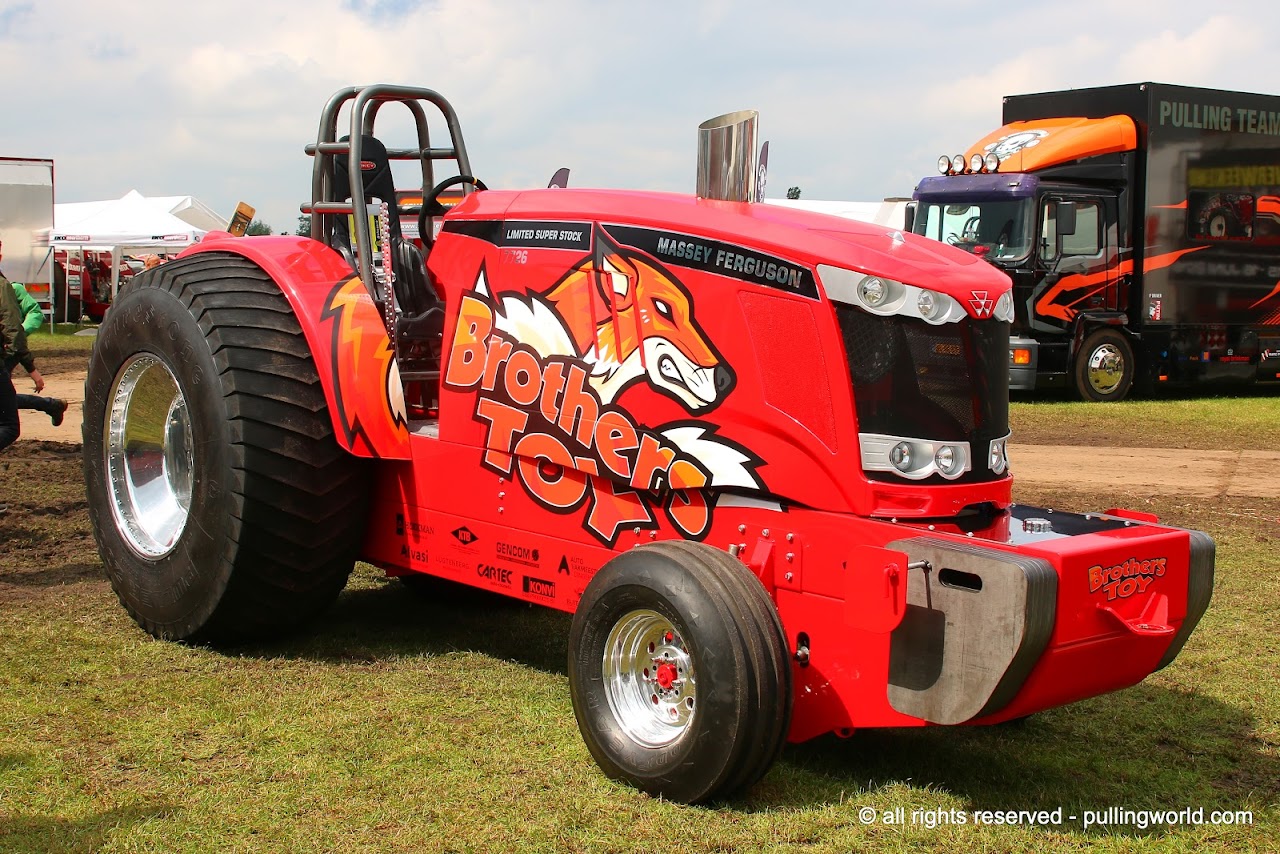 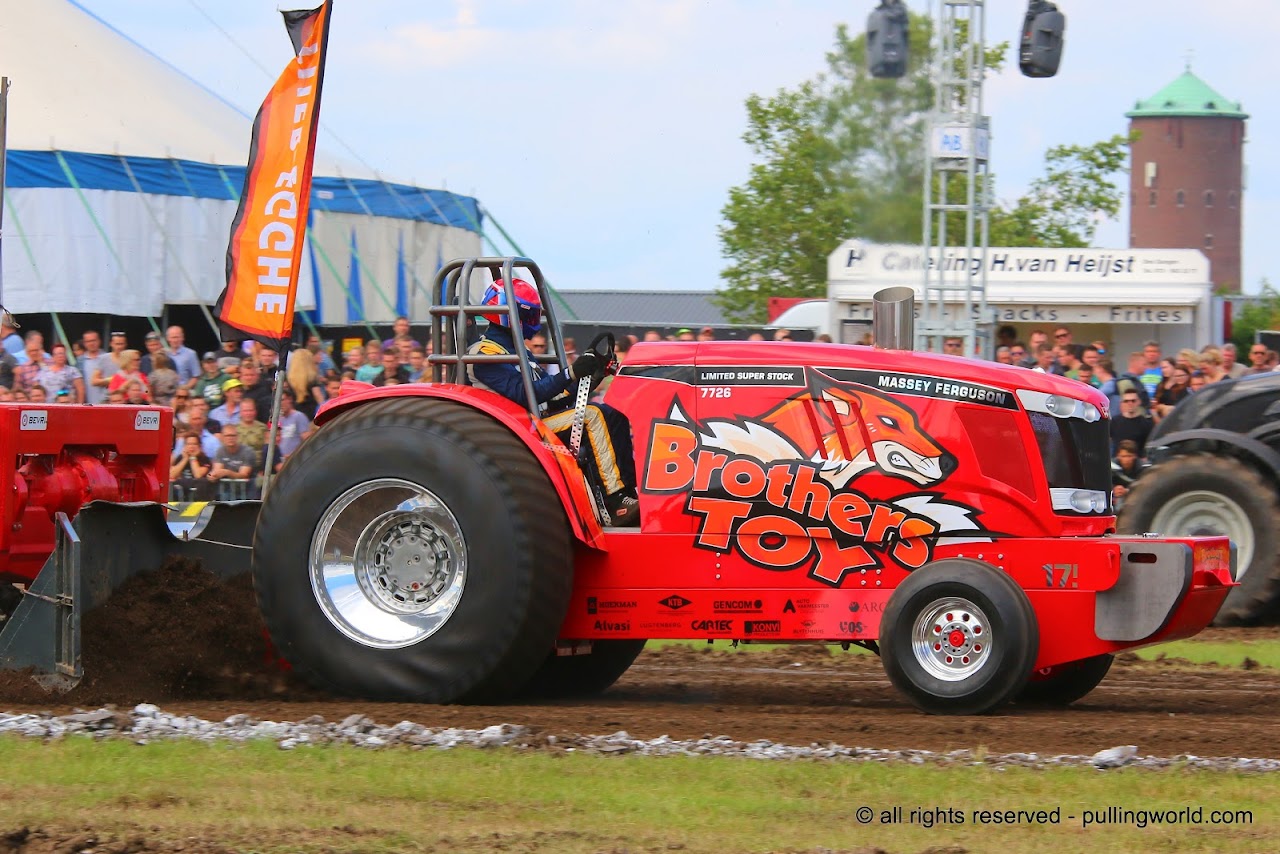 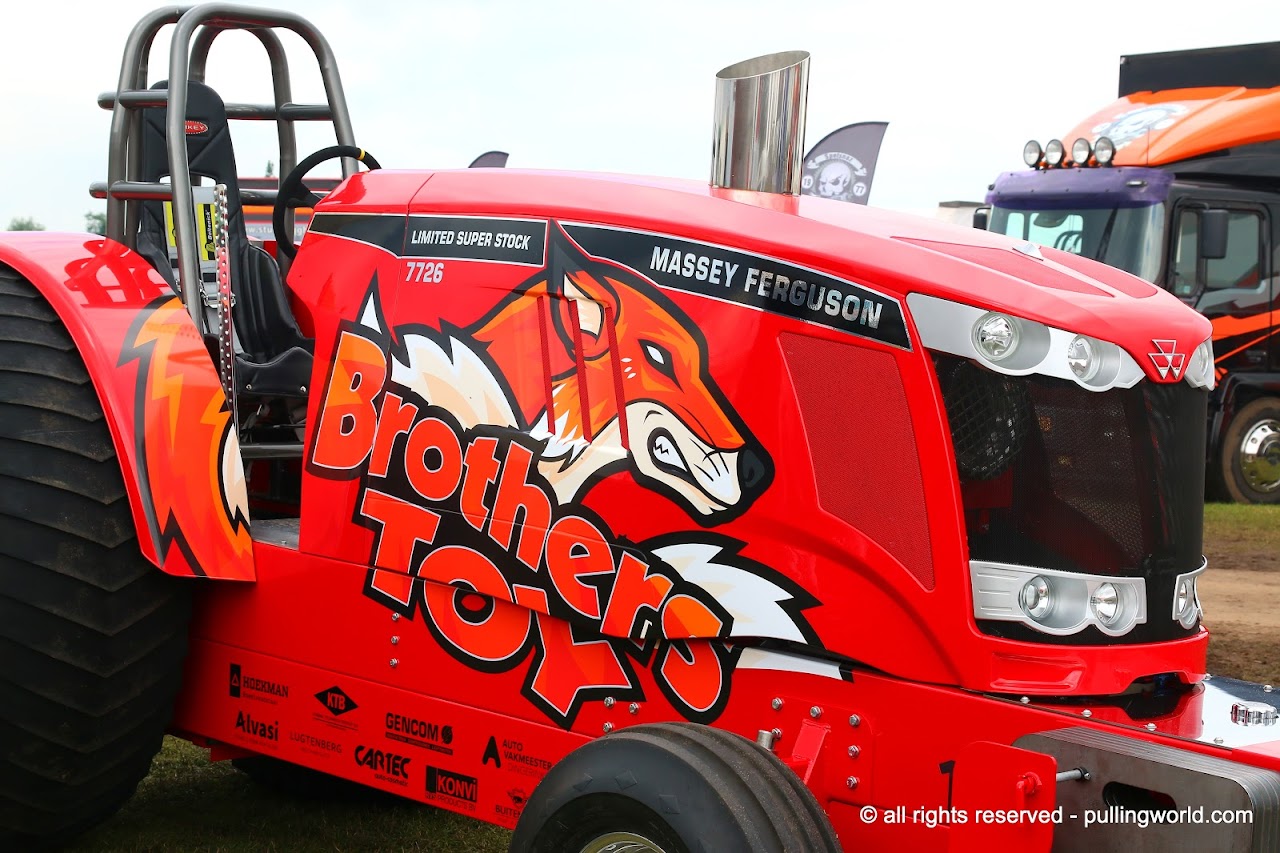 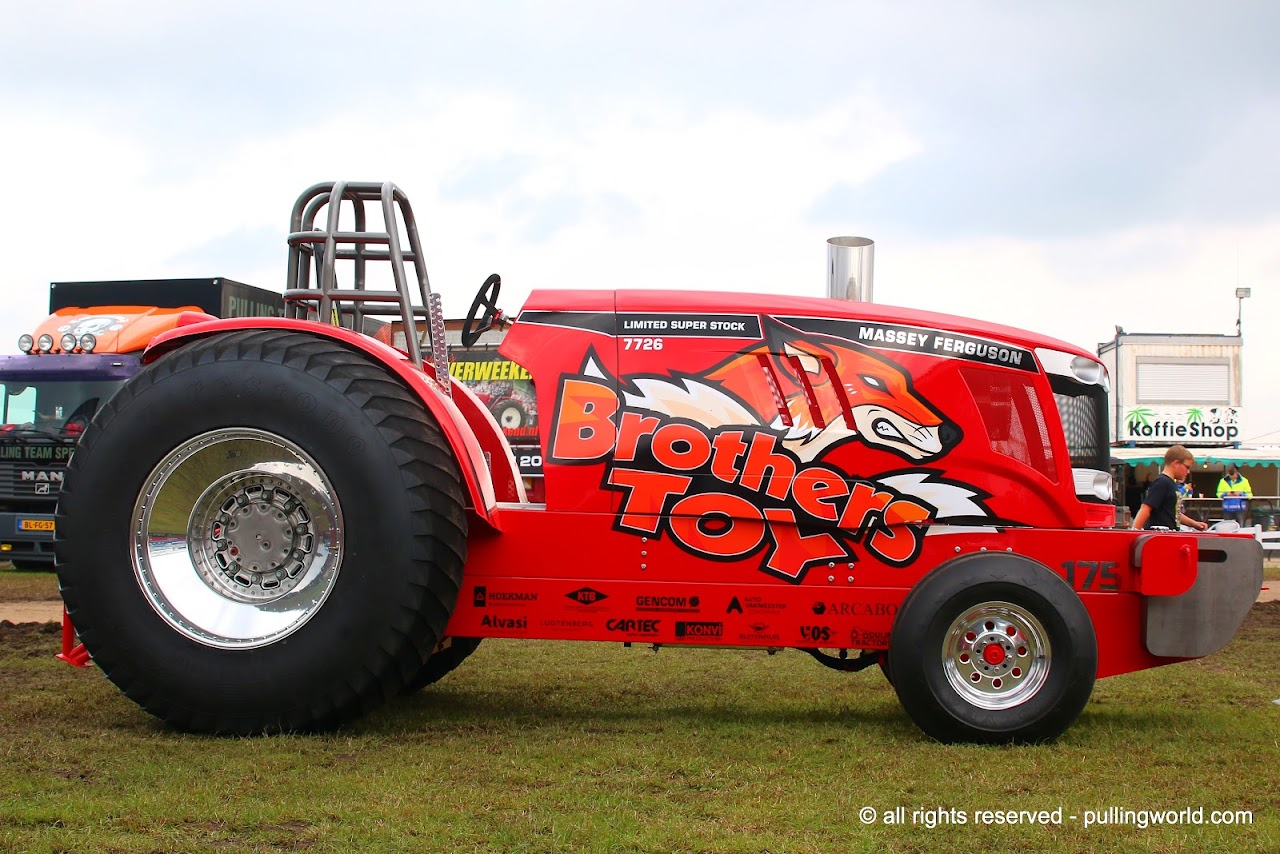 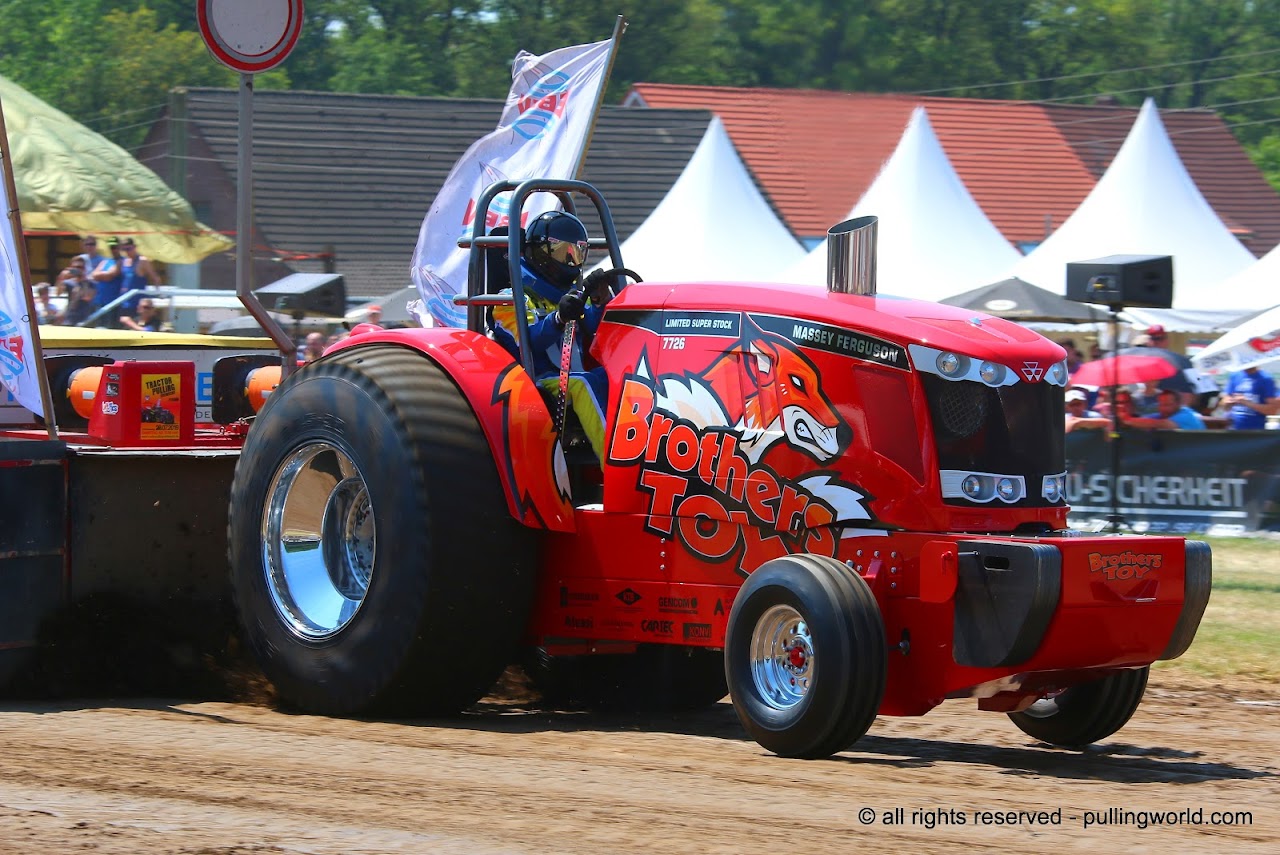 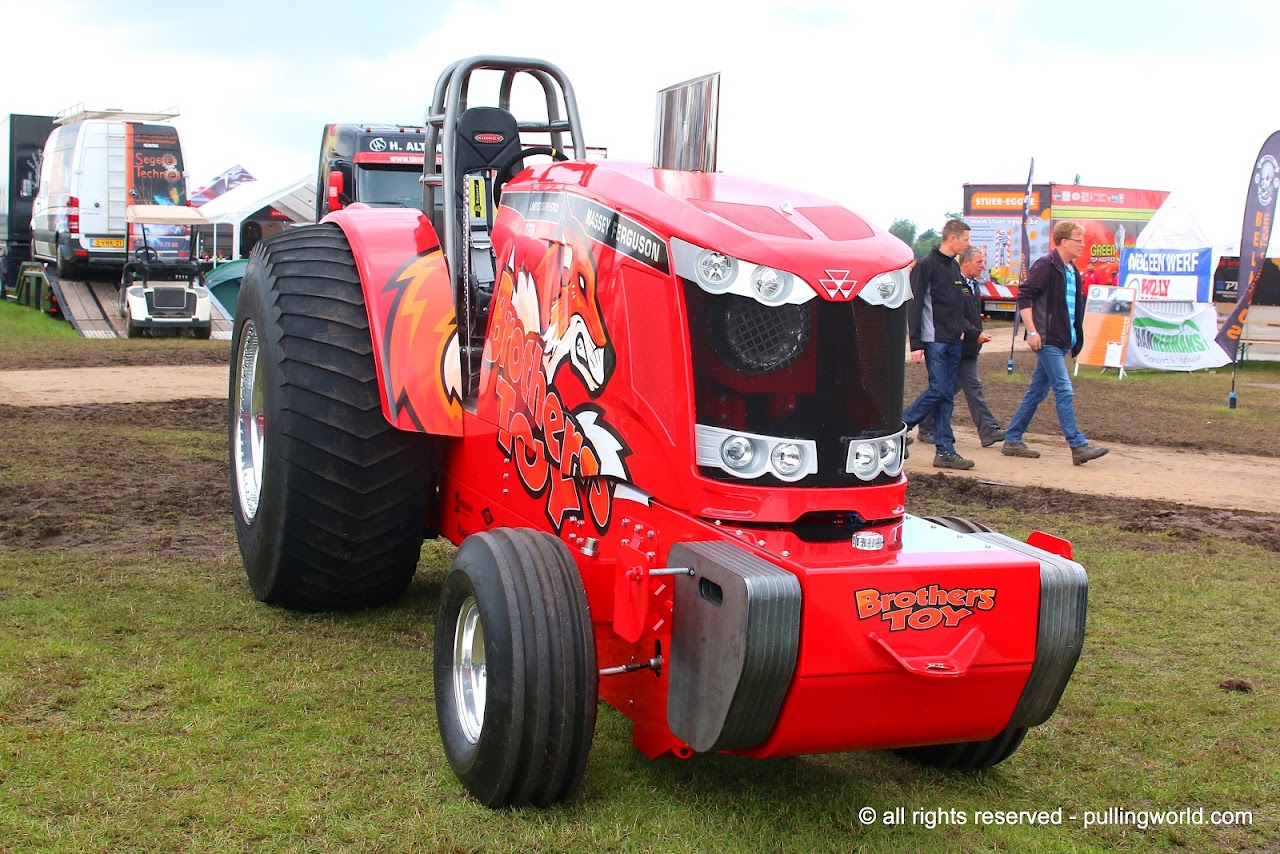