It is our sad duty to inform you of the passing on Tuesday, March 10 of Rod Deck, 65, of Winside, Nebraska, following a courageous battle with cancer. Mr. Deck was a two-time Grand National champion and earned multiple Regional National titles, all in the Super Farm division with his "Dream On" Case IH. He was also the father of past GN SF champion and current Limited Pro Stock competitor Bryan Deck ("One Bad Apple"). Mr. Deck began his career in agriculture at age 14 with his own dairy herd. Later, he and Bryan together operated Circle D Farms, which raises 5,000 irrigated acres of corn and soybeans. 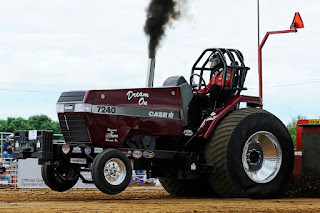 Both father and son got started in pulling in 1999, Bryan with a Case 1370 Hot Farm and Rod with a Farmall M. They moved to the Super Farm class shortly thereafter with an International 706 refitted with Magnum sheet metal. Originally named "Code Red," that tractor soon was relabeled "Dream On" in tribute to the Aerosmith song, and the Decks teamed to pull at different weight breaks in the Nebraska Bush Pullers series. Meanwhile, the elder Deck continued pulling his M on the antique circuit, winning four consecutive National Antique Tractor Pullers Association Division 2 titles from 2001 through 2004. After Mr. Deck's wife Patricia succumbed to cancer, the antique pulls served as family trips, as Mr. Deck was accompanied by his twin daughters Michelle and Melissa. 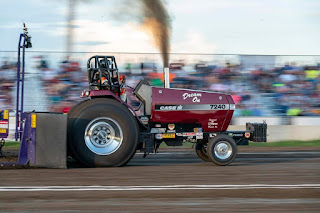 After a brief stint in Econo-Mods, the Decks began to pull "Dream On" regularly with the Outlaw Truck and Tractor Pullers Association and sporadically with NTPA in the mid-2000s. They became a two-tractor team when Bryan purchased the "One Bad Apple" Pro Stock from Michigan and converted it to compete in the 640-cube, 3.0-charger class. Rod won his first Association title in Region V in 2011 on the strength of victories in Rockwell and Waverly, Iowa. Two years later, he celebrated as his son won the Grand National championship and their division's Bowling Green ring. In 2016, Mr. Deck broke through for an unconventional title season. It included only one win---again in Rockwell---but 11 top-fives in 13 appearances led to his own inaugural GN crown and a slot in the Enderle Pull-Off that he converted to a 355' victory. That year, in addition to its dominance of the premier circuit, "Dream On" pulled at events in all five active national regions and won RN hooks in three of them: twice in Region II, in Pinetops in Region IV, and in Hopkinsville in Region VI. 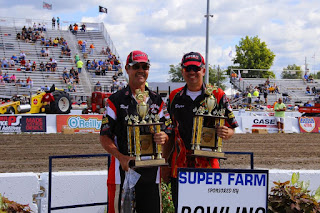 Then in 2017, he overcame a six-point deficit entering the final day of the season in Sandwich, Illinois to repeat as both champion and then, a week later, as an Enderle winner.
Health concerns led Mr. Deck to back away from committing to the full circuit entering 2018, but he still traveled across the country for occasional GN appearances and won three times in Iowa to clinch Region V. In 2019, in what would prove to be his final season of competition, he won his fourth and fifth national titles in four years by claiming both Regions III and V and topped the RN field to earn his third Enderle Pull-Off victory.
Mr. Deck is survived by Michelle, Melissa, Bryan and his wife Connie, and their children Justin, Anna, and Ryan.

The whole pullingworld.com team also wishes the whole family a lot of strength to cope with this terrible loss. 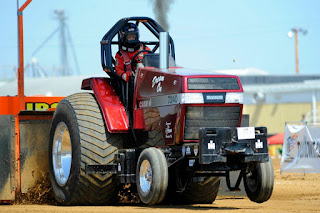