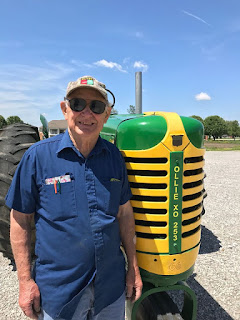 From NTPA:
The WPI/NTPA office was notified of the passing on Friday, February 28 of Oliver E. Schaefer, 80, of Greenville, Illinois. Mr. Schaefer built and operated weight transfers ("Schaefer Sled Rental") that regulated truck and tractor pulling contests for the NTPA and other organizations from the early 1970s through the 1980s.
A farmer and custom harvester in his youth, Mr. Schaefer was an Oliver dealership mechanic and salesman in southwestern Illinois. After being asked to participate in a step-on sled pull, Mr. Schaefer soon contributed his creative aptitude to the motorsport, briefly as a competitor and then as a transfer operator. 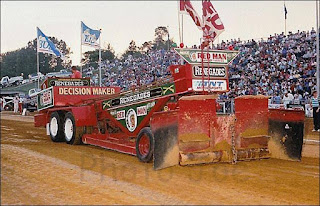 Ultimately, he and his family---wife Dee, daughters Sherry, Debbie (Sebastian), and Julie, and son Rich---along with several crewmen operated the rental business that supplied sleds to outdoor and indoor pulls at some of the sport's most prestigious venues including Louisville, Kentucky's Freedom Hall and the Houston Astrodome. In recent years, Mr.
Schaefer restored and rebuilt a broad collection of Oliver tractors. Mr. Schaefer's full obituary may be found here.
Mr. Schaefer's loves of both pulling and legacy farm equipment were passed on to his children. Sherry owns and edits Heritage Iron Magazine, while Debbie (Sebastian) campaigned the "Nite Train" Four Wheel Drive for over a decade. Moreover, Debbie's daughter Candice is the wife of Light Pro Stock competitor Zach Howell. 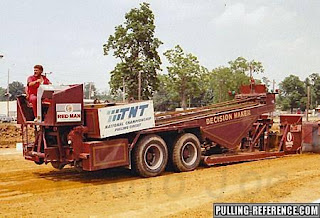