Changes and a new look for Aftermath 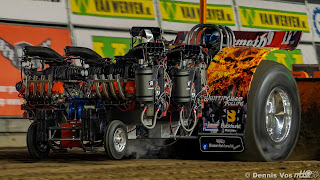 The New Century V8 powered tractor called ''Aftermath'' of the Aftermath Pulling Team from Preston in Great Britain received some changes during the last winter of 2019 / 2020. After 4 years competing successfully in Europe and a couple of British Championship titles in the 2.5t / 5500lbs light mod and 3.5t / 7700lbs mod division and a runner up place at the 2017 EC in Stroe, the Netherlands the team around Daniel Whittingham decided to give the tractor a technical update and a new look. Before the mod came to Europe the Aftermath mod was built by the former owner Jeff Gueningsman from Winsted, Minnesota in the USA in 2004. Jeff started first with 3 Chevy engines mainly on NTPA Regional pulls in the USA before he rebuilt the tractor to 4 and 5 Chevy's some years later. 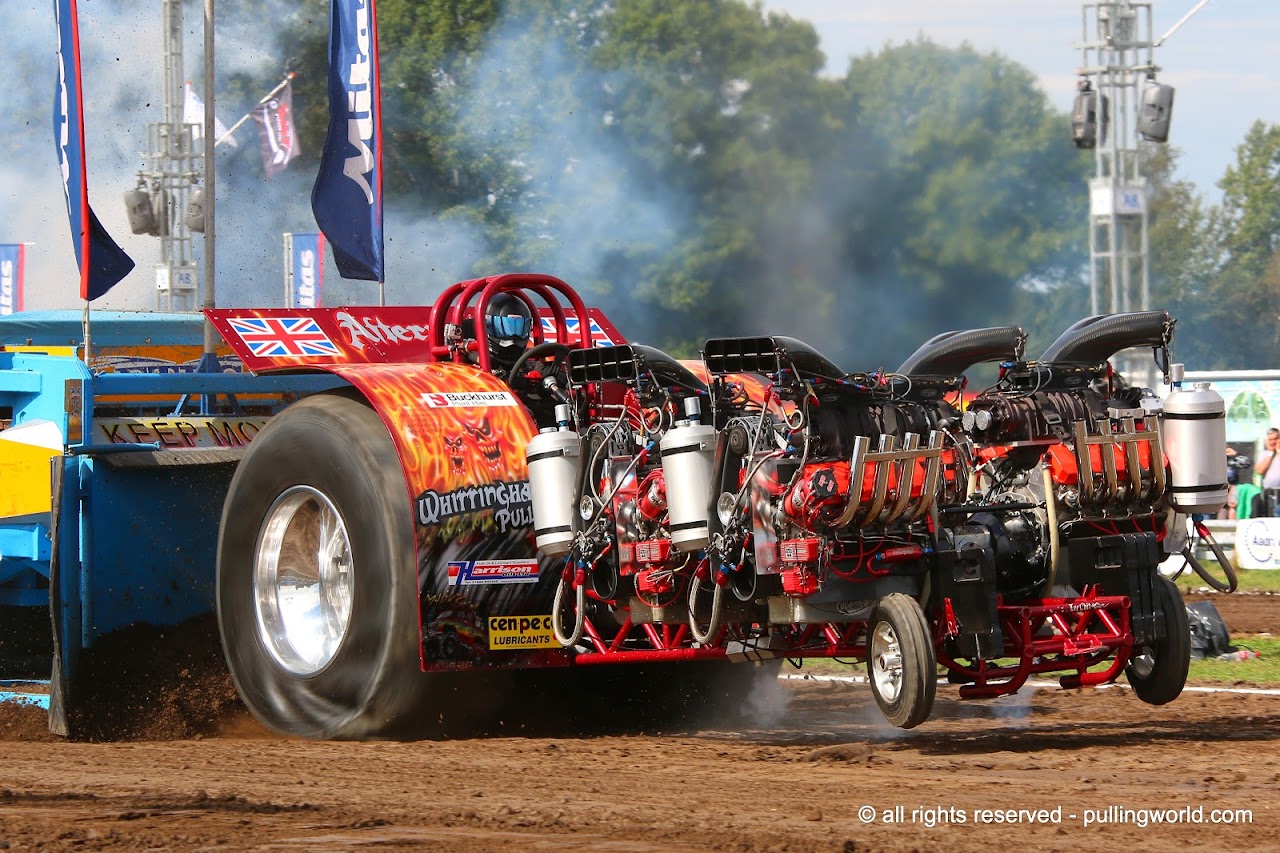 Jeff competed with 4 engines in the 7500lbs mod and with 5 in the 8000lbs unlimited division on the NTPA circuits until 2011. In late July of 2011, Jeff passed away after a long time battle with lung cancer. After his death, the tractor stood in his workshop for around 4 years. During the winter of 2015, Daniel Whittingham purchased the tractor with all 5 engines from the Gueningsman family and the machine got a second life in Great Britain. In those 4 years in Europe, not very much was changed on the mod, only the Chevy engines were replaced by much more powerful New Century V8 power plants during the winter of 2016 / 2017. The British team purchased those 4 New Century engines from Brian Shramek from Williamsburg, Missouri in the USA. 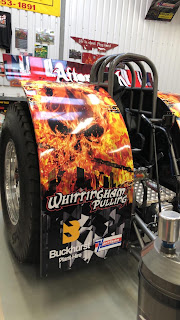 The power plants worked on Brian Shramek's unlimited mod called ''Young Blood Unleashed'' in the past.
After the 2019 season and 15 years with the same paint job and look, the guys decided to give the tractor a facelift and a new look.
The chassis was completely new repainted in grey and the old fenders were replaced by new ones off carbon fiber. The new carbon fiber fenders were built by the Rocket Science Pulling Team from Weert in the Netherlands and are much lighter compared to the old ones. The brand new vinyl graphics on the fenders and the new paint job of the chassis were done by local companies close to them. But the machine not only received a new paint job and new fenders with new vinyl graphics.
All 4 New Century V8 engines and the blowers were also completely overhauled during the last winter. The 8-71 PSI blowers went to the PSI company in the US and were fully reconditioned by them for the new season.
Last but not least the old Firestone Puller 2000HP tires were replaced by a set of almost new cut Mitas Powerpull 30.5x32 tires on polished Midwest aluminum rims. Daniel and his team purchased the Mitas tires from the Young Blood Pulling Team from Williamsburg, Missouri in the USA. The tires ran before on one of the two Agco DT Diesel Super Stock tractors of the Young Blood Pulling Team in the past. The Powerpull tires were cut by Chad Mayhill of CM Pulling Tires from Reynolds, Indiana in the USA. 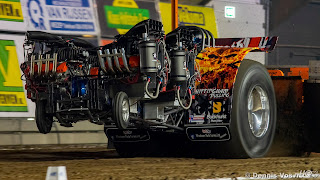 The team made its maiden voyage after all those changes at the Indoor Pull in Zwolle, the Netherlands last February. Everything worked well especially the new Mitas tires gave the tractor another boost on the track. The British team was very pleased about those new tires on the tractor.
The results said everything, in the end, a 6th place in the 8860lbs / 4t unlimited class and a very good 2nd place in the 7700lbs / 3.5t mod class, just around 2m behind the multiple European Champion Intertechno Lambada with his 3 Hemis from the Netherlands. 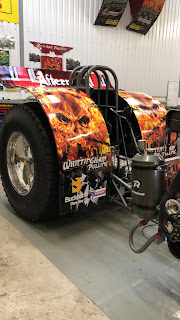 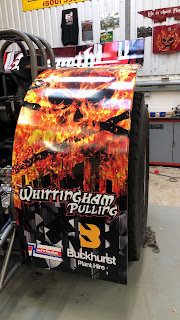 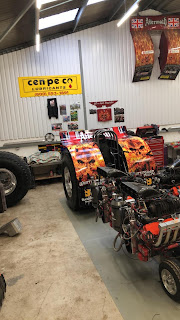