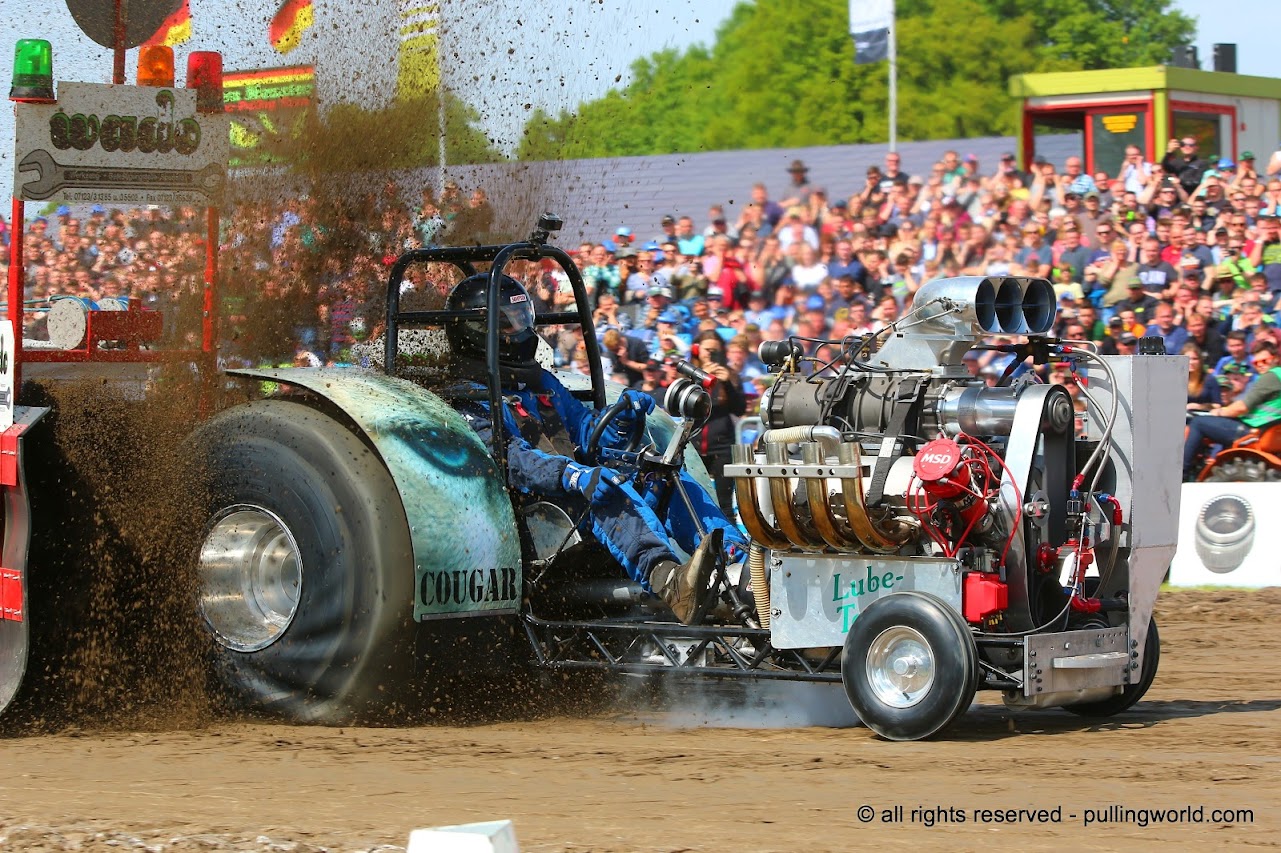 The 950kg / 2095lbs mini modified tractor called ''Cougar'' of Frederik and Robert Andersson from Hörby in Sweden has a new home now. After many successful years in the hands of the Swedish brothers, the tractor was completely sold to Jens Strandbjerg from Ringkobing, in Denmark during the last winter. Jens isn't a unknown person in the Danish tractor pulling sport. The 64 years old Dane is a team member of the Boss Pulling Team which owns 2 mini modified tractors called ''The Boss'' and ''Slots Express''. Jens made his first driving experience on the blown Keith Black V8 Hemi powered mini called ''Slots Express'' in Allingabro, Denmark last year. 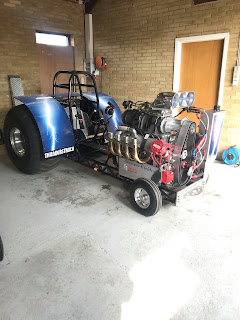 The former Cougar mini mod has an SSAB Docol tube frame with a Docol roll cage, lightweight polycarbonate fenders, a Ford 9 inch rearend with IH planetaries and is powered by a Chevy V8 engine with a 14-71 SSI blower on methanol fuel.
The Mini was built by the Cougar Pulling Team during the winter of 2014 / 2015. The Swedish Team competed successfully in the Swedish Championship, in the Euro Cup, and in the German Championship between 2015 and 2018. Maybe their biggest success with the mini outside of Sweden was the win of the 2018 German Championship title in their final season. After that successful 2018 season, the team decided to stop with pulling and sell the tractor.
After Jens Strandbjerg has purchased the mini, the ride received new vinyl graphics on the fenders and was renamed into ''Thunderstruck''.
The maiden voyage of the tractor with the new look and new name was at the ''Tractor Pulling against Corona'' in Sweden and it was a successful first outing for the new owner Jens Strandbjerg. With 2 nice passes, he won the competition in this show pull in the 950kg / 2095lbs mini mod division.
For the future, Jens has planned to compete in the Danish Championship and maybe on some pulls outside of his home in Denmark. 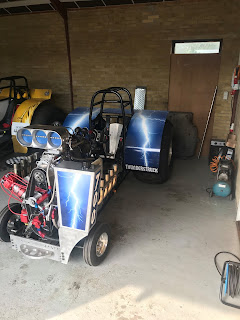 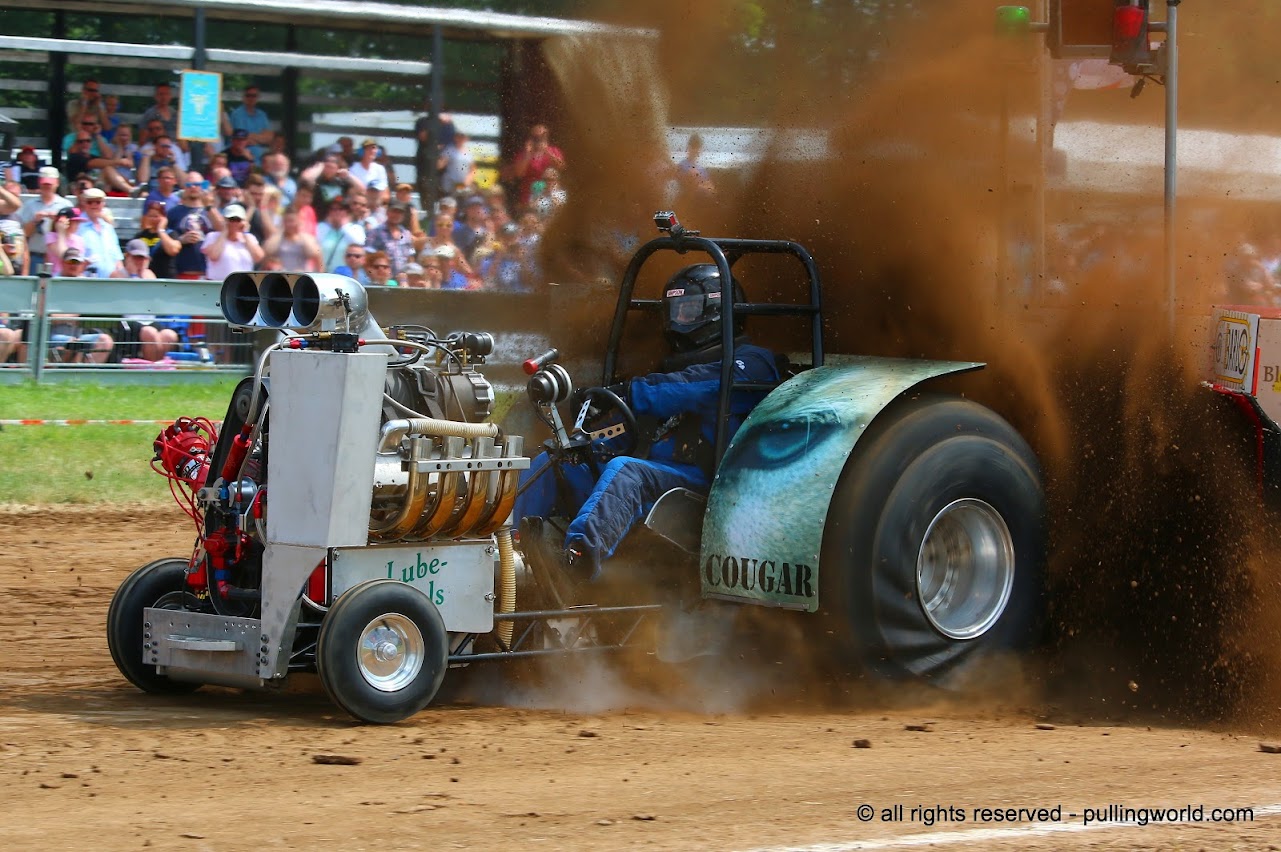