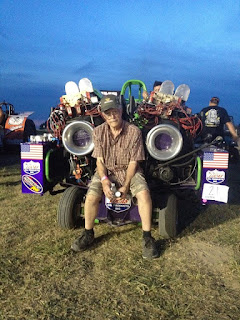 Today I have read on the NTPA website that last Tuesday at the 26th of May 2020, the US tractor pulling sport lost with the former modified competitor Gary Diekman, 72 years old from Northwood, Ohio in the USA another great person.
Gary was the founder of the Rat Poison Pulling Team which ran with supercharged Allison V1710 V12 aircraft engines in different mod classes. Gary, together with his son Brian competed with his Rat Poison on NTPA GN, State level, NTPA regional and on the ATPA circuits in the past. One of his highlights in his career was maybe when he was invited with his team and his tractor to the pull in Füchtorf, Germany in 2001. The tractor was shipped with the support of Claas Caterpillar Europe in a container across the pond to Europe at that time. This journey across the pond was a successful experience for him with a victory in the 3.5t / 7700lbs modified class over the Allison powered tractor called ''Challenger'' (Chassis was built by the Brian Diekman) of the Green Monster Pulling Team from Füchtorf
Around 2008, Gary decided to stop driving the Rat Poison and handed also his last driver duties over to his son Brian. But after Gary stopped as a driver, he was still as helping hand and mechanic on the pulls for his son there.

The competitors, organizers and the fans of the pulling sport will definitely sorely miss him in the future. Gary will always in the mind of the people and will never be forgotten. 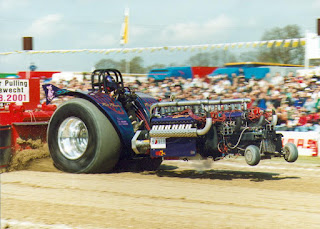 The whole pullingworld.com team wishes Brian Diekman and the whole Diekman family a lot of strength to cope with this terrible loss.

The article from website of the NTPA:
The WPI/NTPA office was recently notified of the passing on Tuesday, May 26 of Gary Diekman, 72, of Northwood, Ohio. Mr. Diekman most famously competed with various Allison-powered iterations of the "Rat Poison" Modified on Grand and Regional National and state circuits. He was also the father of Modified competitor Brian Diekman.
Following his graduation from Lake High School in northwestern Ohio, Mr. Diekman served in the Army National Guard. He was the proprietor of Gary’s Eastside Automotive until his retirement in 2016. 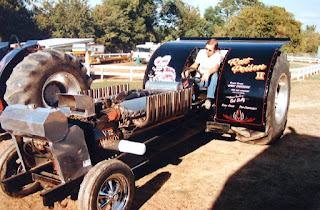 The name of Mr. Diekman's first Modified, which he debuted in 1980, is lost to history. But somewhere along the line came the first "Rat Poison," because its sequel hit the NTPA and Ohio State Tractor Pullers Association circuits in 1987. He scored his first sanctioned victory in Canadian Tractor Pullers Association competition in Lucknow, Ontario the following July. After transmission troubles delayed the beginning of its 1988 stateside campaign until Plain City, Ohio, the single-V12 "Rat Poison II" claimed fifth in the state association and 13th in the GN 5,200-lb. class. He scored his first regional win just across a border much closer to home---in Monroe, Michigan---in 1992 en route to his first Region II championship in 58 MOD.
Mr. Diekman was satisfied with a dozen cylinders until 1994, when "Rat Poison" first hit the track with twin-Allison power to run in the 7,200-lb. class. He and Brian shared the wheel to claim 12 victories to round out the decade and the National Farm Machinery Show Finals in 1998. Then, the Diekmans upped their game to compete at NTPA's highest level. For competition in the Unlimited division, father and son would add a third aircraft powerplant to "Poison"'s purple frame, and they regularly placed in the top 10 in final standings in both MOD and UNL across a couple of GN stints. In between, they returned to regional competition to win their home territory twice more in 2003 and 2004. Around 2008, Gary ceded the balance of the driving chores to Brian.
In addition to Brian, Mr. Diekman is survived by Judy, his loving wife of 51 years, grandchildren Dakota and Brittney, and his siblings Linda Wamer, William (Margaret), and Deborah Davis. His full obituary may be found here: https://www.freckchapel.com/obituary/Gary-Diekman 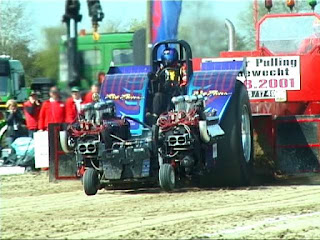 Mr. Diekman's funeral mass will be celebrated on Tuesday, June 2 at 10 a.m. at St. Jerome Catholic Church, 300 Warner Street, Walbridge, Ohio 43465, where family will receive guests after 9 a.m. In lieu of flowers, memorial contributions may be made to the Parkinson’s Foundation of Northwest Ohio or Hospice of Northwest Ohio. The family also thanks the ICCU and ICU staff at St. Luke’s Hospital for all their great care.