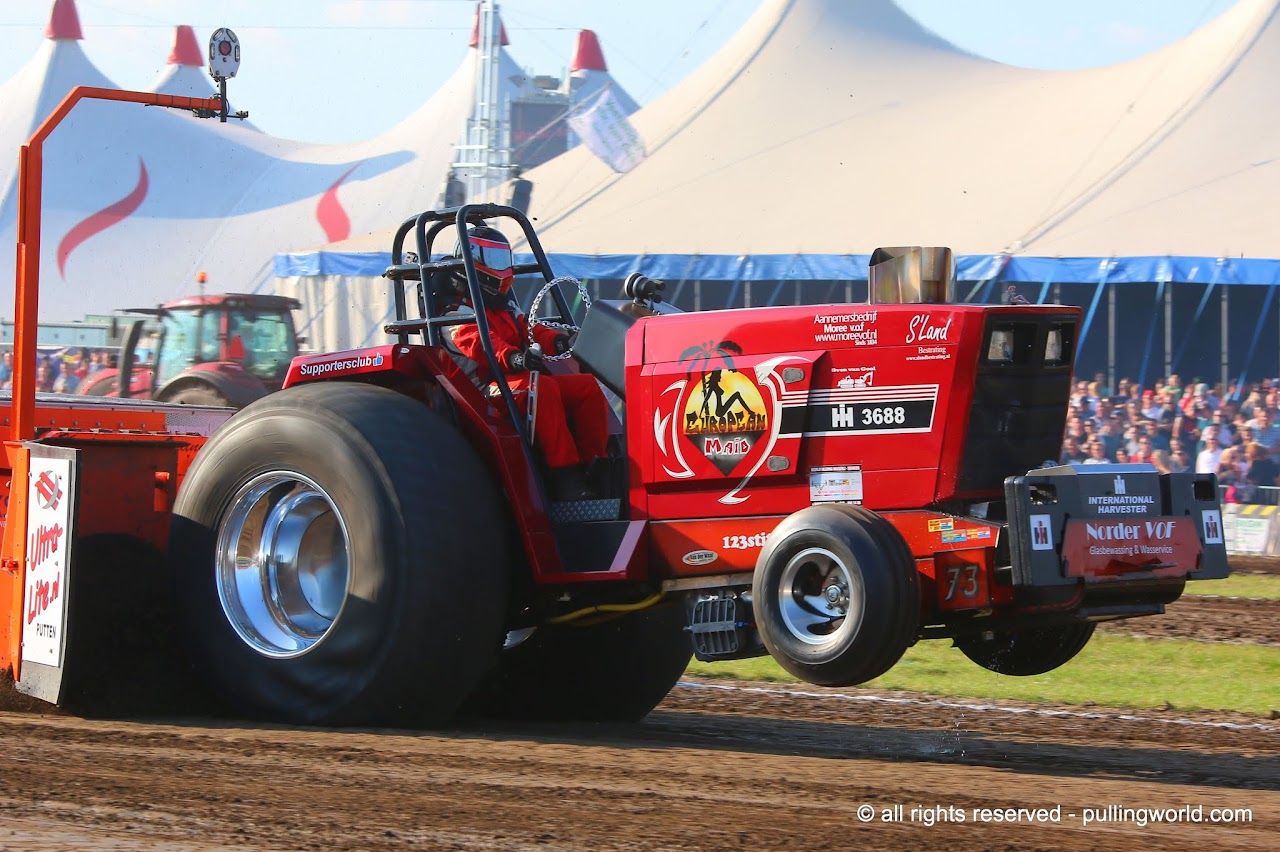 The old IH 3688 Component Super Stock Tractor called ,,European Maid´´ of Bram de Pijper from Vierpolders, in the Netherlands is sold. The old ride went without the engine and the rear wheels to Stephen Charles from Tideswell, Sheffield in Great Britain. Stephen also own and drive the IH 5488 Tractor called ,,Brutus´´ in the 4.5t / 9260lbs. Super Sport divison in the UK. The Tractor will converete into a Light Super Stock Tractor in the workshop of the CDH Pulling Team in Bernay, France this upcoming winter. The Team around Guy de Hoef will built the 8.3l IH DT 466 engine for the Tractor. The maiden run of the ,,Brutus Alkie Addition" (that´s the new name of the vehicle) in the Light Super Stock division is planned in Bernay, France for 2019. 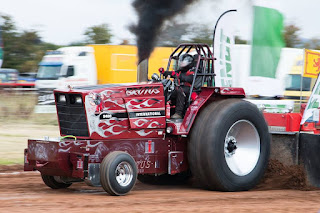 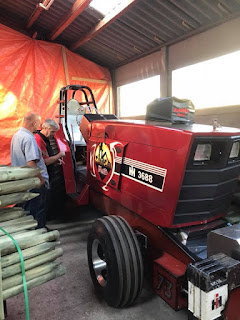